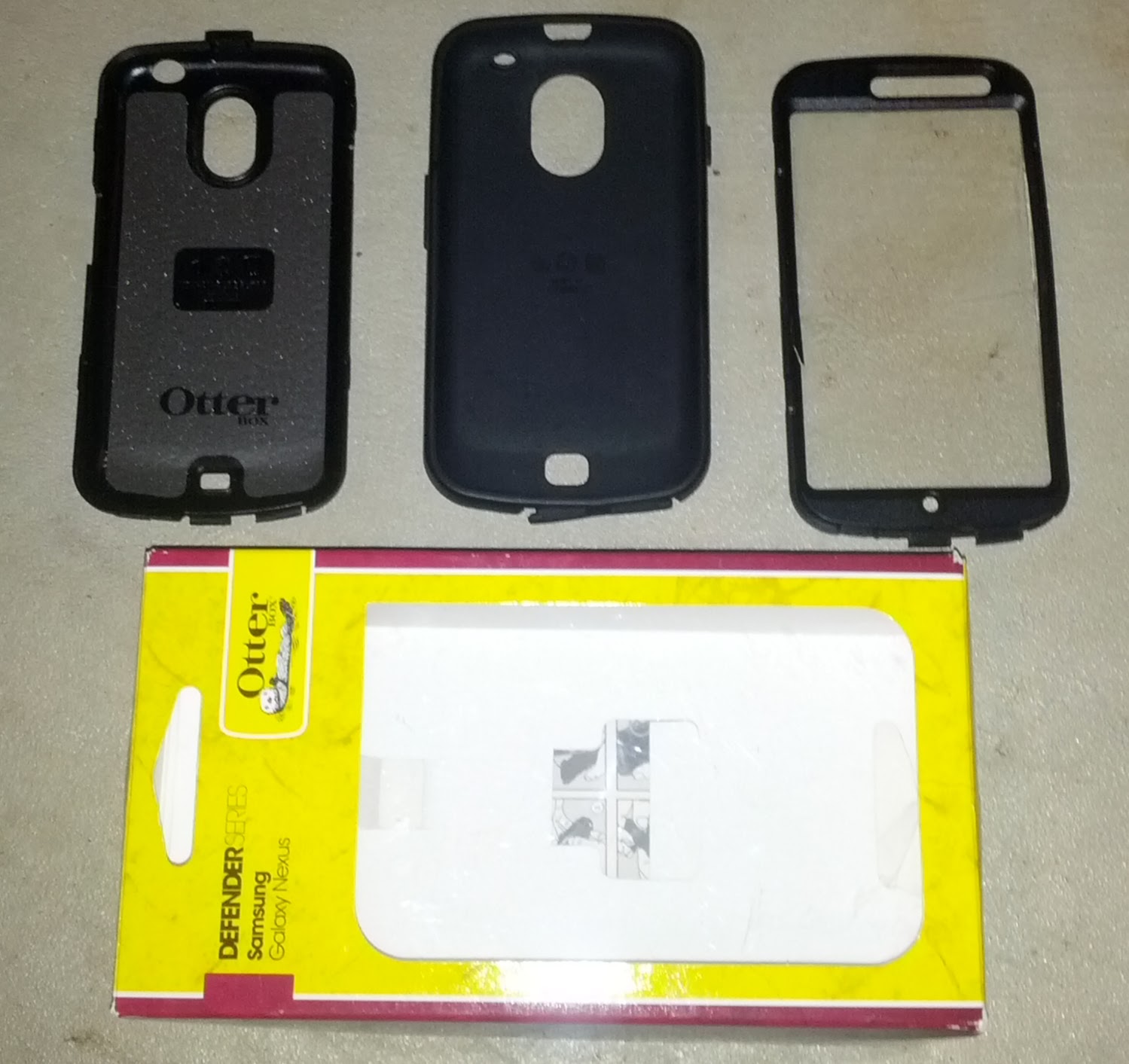 I have had the Samsung Galaxy Nexus for about 3 years now, and before I left the Sprint store with my shiny new phone I bought an OtterBox Defender Series case and belt clip.  At first it was alright, the belt clip dug into my side a bit but tucking my shirt in where it dug in solved that problem. Soon I found that if you even bump the release latch on the belt clip that the phone (inside it’s case) would pop out and drop, so I became very mindful not to let my right arm hit the latch. Then I found that when I sat in my car the latch was pushed thereby releasing my phone by the seat belt, so I had to make sure to pull the belt clip up near the front of my pants while driving.  I did all this to protect my phone, and I willingly paid the $50.00 price to get what was called the best protection you can get, and I got use to all this because I thought my phone was safe. 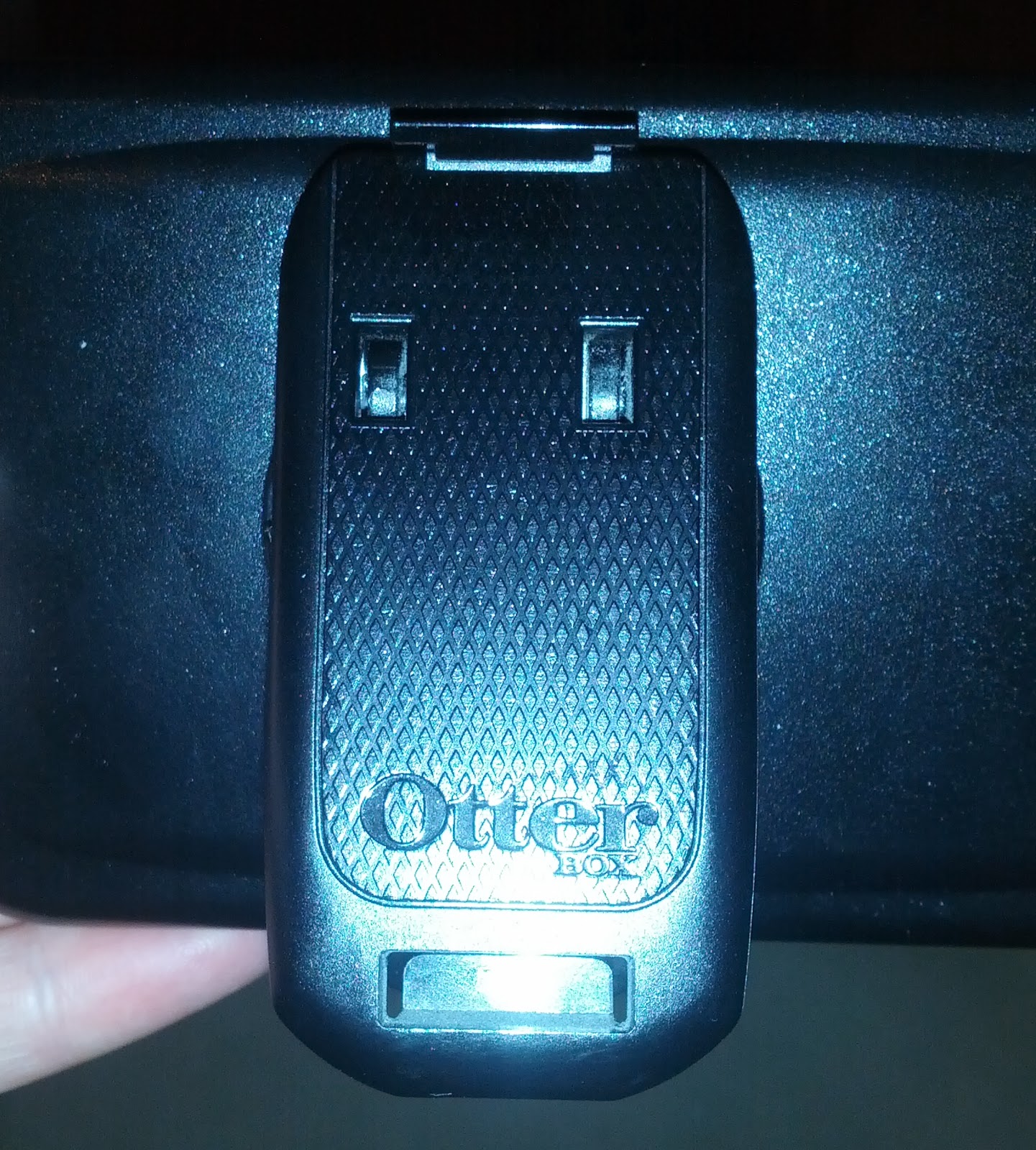 Then came the four diffrent belt clip breaks, I won’t tell the story of each break but needless to say the belt clip on this thing breaks easier than a ceramic vase on a Tilt-O-Whirl.  I’ve also had three case failures, now with the first two once the case broke on impact at the point where the case clipped together, I would check the phone and see that the phone was undamaged and buy a new case, and both of these drops where onto concrete and the phone was fine, hence I spent the $50.00 and bought a third case in October 2013.  Yesterday I’m standing in my kitchen on the linoleum floor when I receive a text message, I reach for my phone and bumped the belt clip release latch and the phone fell less than three feet onto the linoleum and this happened to my three month old case, and my phones screen. 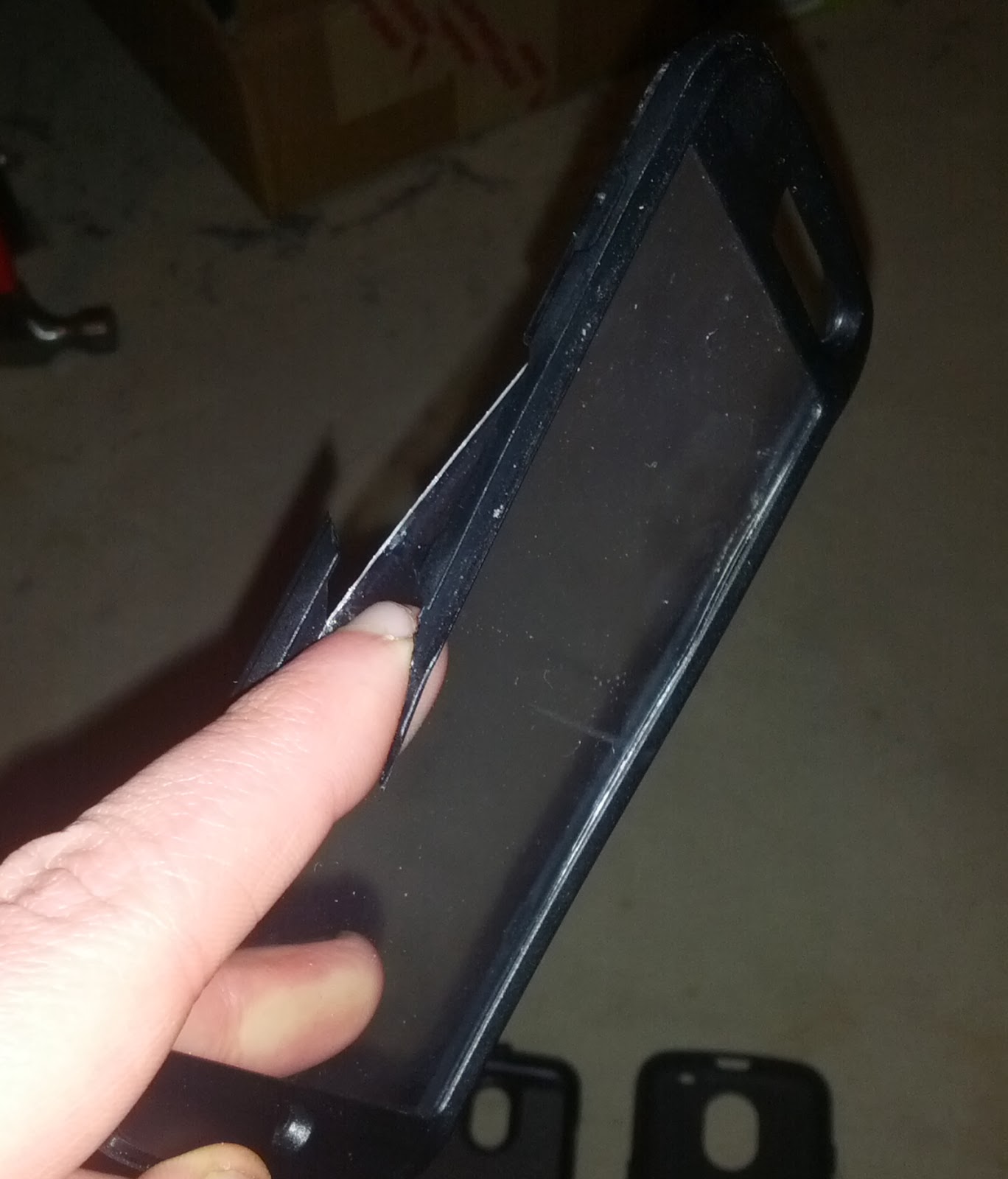 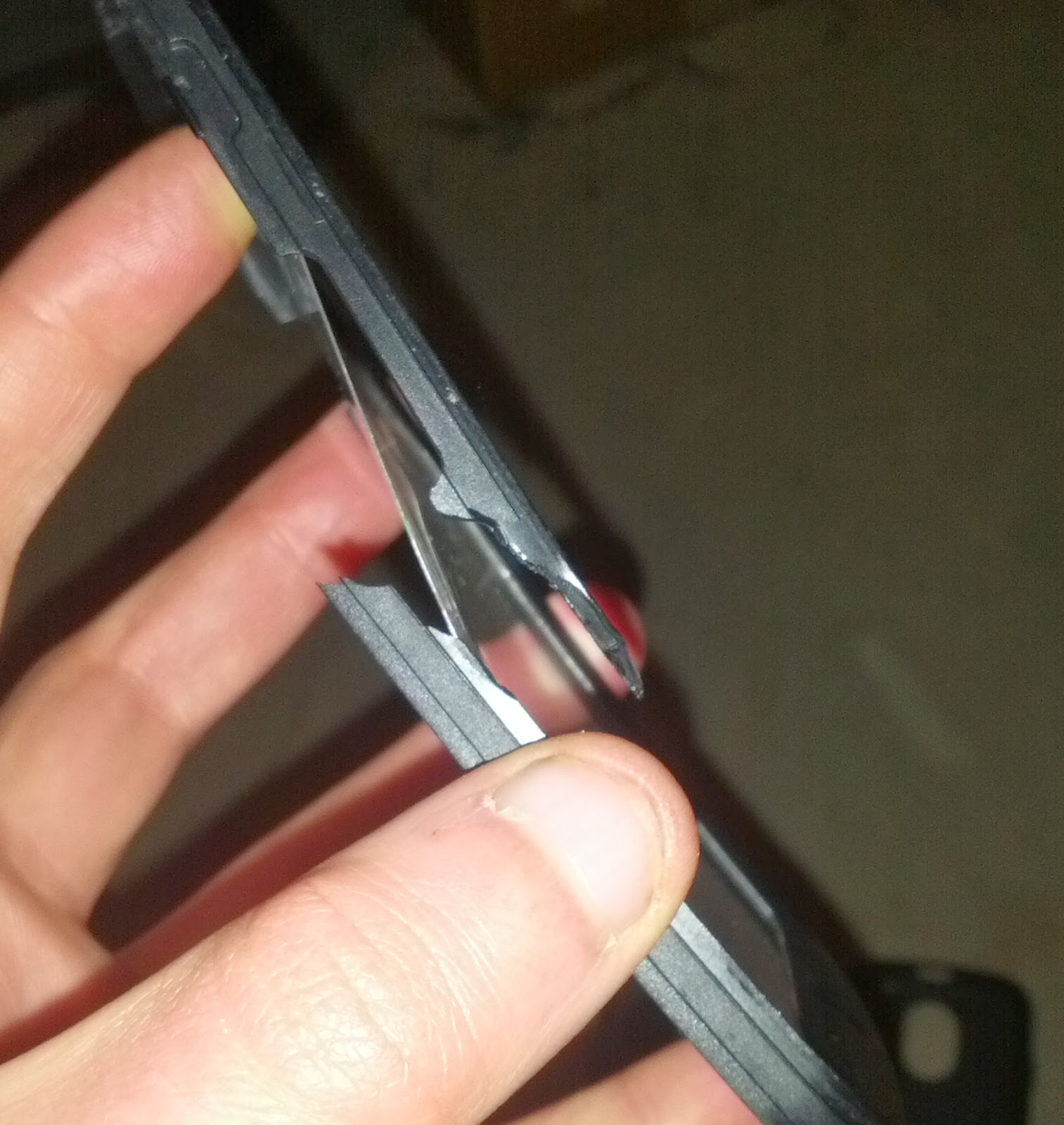 So OtterBox can take multiple hits to concrete and only the latches fail but the phone within is protected but drop OtterBox on linoleum and you’ve found it’s kryptonite.  So the case busted completely and my phone’s screen is cracked much worse then you can see in that picture, and when I check out the OtterBox Warranty page what does it say?  They will replace the OtterBox case if you take two pictures showing the damage and the OtterBox logo with your name hand written on a piece of paper in each photo, and you have to show a receipt of the purchase that can not be more than a year old.  Thanks OtterBox, that’s just what I wanted a new case for my broken phone!
Look I understand they can’t say they will replace any broken phone that had an OtterBox case, it would be the worlds cheapest insurance plan, as soon as your phone needs replaced just smash it in the OtterBox case and they would have to pay for a new one.  I understand why they won’t replace phones, but they should at least stand behind their product a little and offer to pay for fixing a cracked screen when an OtterBox case is in use.  The fact that they won’t stand behind their product and at least offer to fix broken screens and only offer a new case, tells me that the people at OtterBox don’t believe in their own product enough to make that offer and they know that they are selling cases that break far to easily, and that is why I will not buy another OtterBox case.  If they won’t stand behind their product, I won’t buy it.