I have decided that I will not be buying an Xbox One for several reasons.  First Microsoft lost me with the announcement at E3, between the 24 hour online check-in, region specific usage for both console and games,  the always on kinect, and the ban on reselling used games, all turned me away.

Now I know Microsoft has backed down on some of these things and that’s nice, but I still won’t be buying one any time soon because of the way Don Mattrick, Former President of Microsoft’s Interactive Entertainment Division responded to issues raised by the armed forces when he said “Fortunately we have a product for people who aren’t able to get some form of connectivity, it’s called Xbox 360. If you have zero access to internet, that is an offline device.” And when asked if Microsoft would support soldiers on deployment he responded with “I’ve got to imagine that it’s not easy to get an internet connection. Hey, I can empathize. If I was on a sub, I’d be disappointed.” 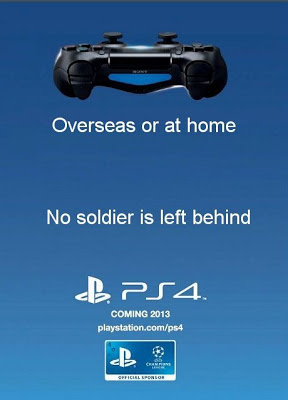 Microsoft’s total lack of respect for both civilian & military gamers has turned me off from the brand completely.  I don’t care if Microsoft has given in and reversed themselves, it’s the total lack of respect that they have shown that has turned me away.  I really think Microsoft is trying to kill it’s self, between the Xbox One disaster, Windows Phone, and Windows 8, I have to really believe that Microsoft is trying to kill themselves.