Ok so I just finished watching D-Generation X: One Last Stand on Netflix Instant, and I’m a little let down by this one. I own the first DX video and it was almost all the antics of DX and was really fun to watch. This one was mostly matches with Hunter and Shawn as a tag team. The part that was kind of nice was at the end showing HBK coming out after losing a loser leaves the WWE match and as soon as he got to the ring the Undertaker came out and tipped his hat to him and walked to the back, and then HBK gave his farewell speech, which was a little dopey, but what do you expect from HBK? Though I have to admit the very end is funny, Hunter and Shawn in DX shirts standing in a tank and then can’t get the doors to close, classic DX. Over all I’d say watch it, but don’t bother renting it, it’s not that good. 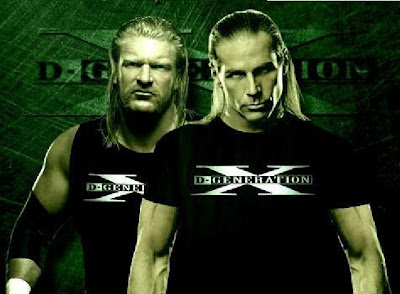